Task Automation and Intelligent Automation: Getting the Semantics Right 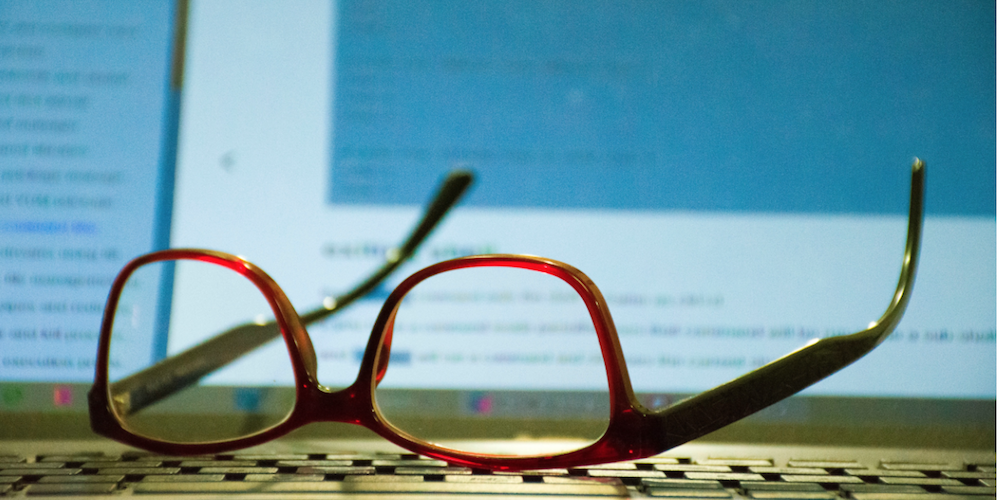 Back in 2015, when I started the standards work for the IEEE, the leading consensus-building organization that nurtures, develops and advances global technologies, I made it something of a crusade to get people to stop calling everything robotic process automation, or RPA. Five years later, I would say I’ve had some limited success. As we sit here in 2020, there is a rising tide of terminology that goes beyond RPA. In the mainstream media, RPA remains a catchall for everything related to process automation. I just can’t leave it alone.

For anyone interested, the term was invented by Blue Prism around 2012 when the company’s chief marketer Pat Geary was trying to figure out how to describe its product to prospective customers. People kind of got it. It stuck, and then it went viral. To address this, the first standard we published under the IEEE (IEEE 2755 – 2017)was precisely to bring some sanity to the terms and nomenclature – to help people differentiate between families of products.

In that work (note: the IEEE Working Group included all the majors), we painstakingly wordsmithed some essential terms – 63 to be exact. For those interested in the full definitions, the link to the standard is above. Over the years, I’ve simplified a few key terms to help people understand the difference.

In short, RPA is server-based, unattended, rules-based task automation. It runs on a server in the datacenter and it processes things as a batch. When it completes, there is a bucket of completed work and a queue of any exceptions that couldn’t be processed. Robotic desktop automation (RDA) is desktop and server-based, interactive (meaning a human-in-the-loop (HITL), assisted automation. Both RPA and RDA have been around for a long time – much longer than people think. And they are well-loved and widely used in enterprises around the world.

But when you're able to automate a process that engages with unstructured data, use it to make dynamic or contextual decisions and complete that process end to end – you're talking about something altogether different. You're talking about a lot of capability that is beyond task automation. If I could go back in time, I might have crusaded for just two terms: task automation and intelligent automation. The difference between the two is stark enough that perhaps it would have stuck.

But marketers of course, do what they do. They continue to introduce new terms to make their products unique.

You might be asking, why take the time and trouble to parse these specific terms? The reason is that, all along, the destination for process automation has been and will continue to be Intelligent Automation (IA). Now, when we talk about intelligent automation, we take an important step up in taxonomy. We add intelligence! IA incorporates either predictive or prescriptive analytics (machine learning) or narrow augmented intelligence (aI – note the small “a”) services to orchestrate tasks that engage with unstructured data or to make dynamic contextual process flow decisions – or both. Once you add prediction (establishing with a high degree of confidence a contextual decision that changes what tasks should be executed in what order) or the ability to engage with unstructured data (images, audio, emails, etc.), you now have IA.

What’s happening with semantics here is critical to the industry because enterprise decision-makers are finding themselves caught between the marketers and the technologists. Because the term RPA has stuck so well, marketers have almost no choice but to fall back on it as a catchall – it's recognizable now, and it's come to stand for nearly everything related to automation. Or they create newer, even more confusing jargon like digital process automation. But what the heck does that mean? Every computer in the world is using digital logic to automate something.

The reason I'm beating this dead horse again is that we see a true acceleration of capability that genuinely qualifies as Intelligent Automation. When you look at real processes in an enterprise, they typically include a phone call, an email, or a document. But when you look at what we have been successfully automating the past three to five years, you see simple, repetitive tasks – bits of a process being picked up for automation. Anywhere you have a contextual decision or you engage with unstructured data, we have had to take a chainsaw and trim that out of the automation and that becomes where the Human In The Loop is sitting.

Today, there is tremendous energy to “stretch the automation use case.” We want to go beyond the tasks and automate a process end-to-end or at least a large chunk of it. With IA, we can demonstrably improve both the efficiency and effectiveness of a process. It is worth noting as well, that the minimal amount of intelligence we are inserting to make automation “intelligent” is not something super exciting. Extracting data from a document or reading a pile of emails to figure out what the user is trying to get done are not things most people get excited about doing all day. But taking out this digital drudgery (as I call it) can truly transform a piece of the operation and the work that we humans do.

What I see now is a convergence: those that started with the most sophisticated low-code/no-code tools are including greater task automation capabilities and changing their cost models. At the same time, those that began with scripting and screenscraping capabilities are making them more sophisticated, including intelligence and robust enough to deploy and use them at the enterprise level.

To be clear, I am not diminishing the value of task automation. We have a LOT of task work to automate and it is a part of every successful automation transformation. Remarkable efficiencies are being created and we see a meaningful reduction in the digital drudgery that exists in the modern enterprise. However, tools and techniques are now available that can bring intelligence to automation and stretch the use case to bridge unstructured data and make a reliable, contextual decision amid a process. Getting the terms right is an essential step in the right direction.

So if I had one ask, it would be that we at least land on the reality that there is task automation, and there is intelligent automation. The difference between the two is clear. 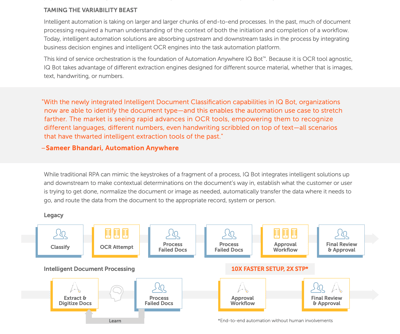